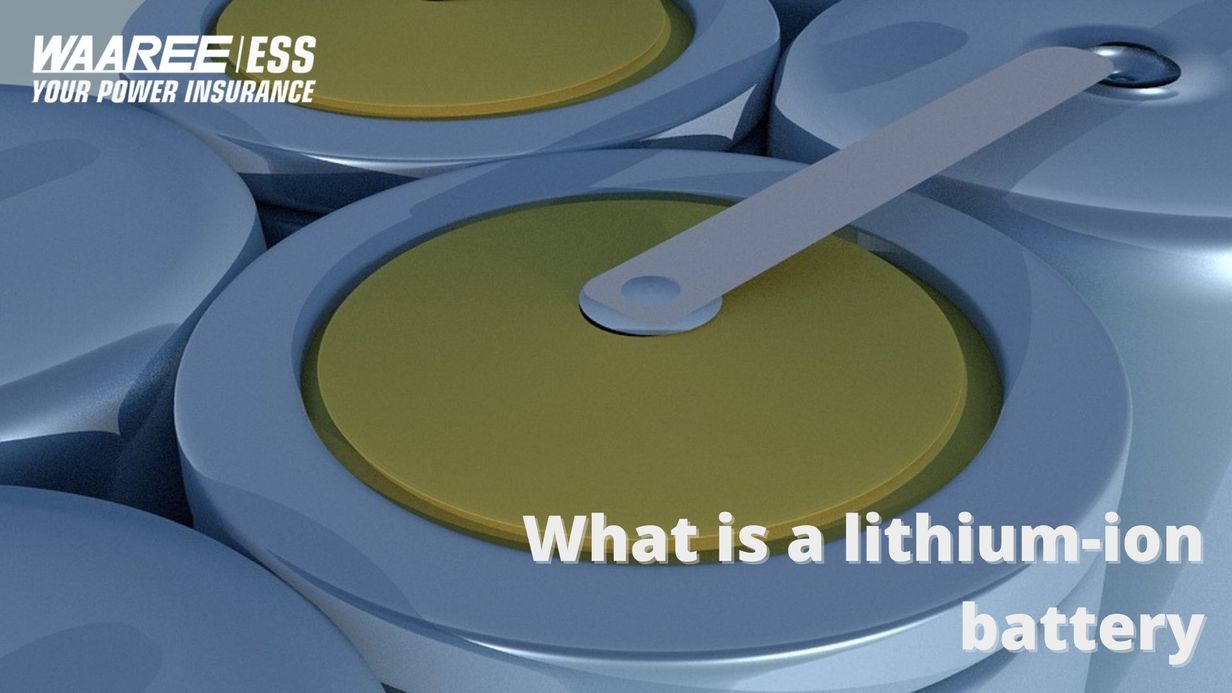 What is lithium-ion battery?

Lithium-ion batteries are used to power the lives of thousands of people every day. Because of its lightweight, high power density, and capacity to recharge, this technology is gaining traction in everything from laptops and mobile phones to hybrids and electric vehicles.

Because of lowering battery costs and new industries such as electric cars and energy storage devices, the lithium-ion battery is getting a lot of traction in the industry (ESS). A strong focus on strengthening the Indian market with upgraded and creative technical solutions has got fixated on making electric vehicles a strong sector.

Keep reading this article below to understand what is a lithium-ion battery and how it works.

How does a li-ion battery work?

A lithium-ion (Li-ion) battery is a high-performance battery with electrons as a major electro catalytic component. Lithium ions in the anode get ionized and segregated from their electrons during a discharging process. Lithium ions travel from the anode through the electrolytes to the cathode, from where they reunite with their electrons and become electrically conductive.

Lithium ions are small enough to pass through a Nano divider between the anode and the cathode. Li-ion cells are capable of having a very high power output and charge storage per unit weight and volume, thanks in part to lithium’s tiny size (third only to hydrogen and helium). The electrolytes of Li-ion batteries can be made of a variety of materials.

Lithium cobalt oxide (diode) and charcoal (anode) are the most common combination, usually found in smartphones and computers. Lithium manganese oxide (used in hybrid electric vehicles) and lithium iron phosphate are other electrode materials. In Li-ion batteries, ether (an organic chemical) gets commonly used as an electrode. Li-ion batteries provide a variety of advantages over other high-quality rechargeable battery options.

They offer one of the best energy concentrations of any battery technology now on the market. Li-ion battery cells can produce up to 3.6 Volts which is three times higher than Ni-Cd or Ni-MH technology. It indicates they can supply a lot of energy for high-power purposes, which is a good thing. Li-ion cells are also low-maintenance, as they do not need to be recycled regularly to keep their life.

Li-ion batteries have no memory effect, a harmful phenomenon in which a battery might remember a decreased capacity after multiple partial discharge/charge operations. It is a boost over Ni-Cd and Ni-MH batteries, which also exhibit this behavior.

In addition, Li-ion cells have a low self-discharge ratio of 1.5-2 per cent each month. They do not possess the hazardous cadmium found in Ni-Cd batteries, making them easier to discard.

Li-ion batteries have surpassed Ni-Cd cells as the industry leader in compact electronic gadgets due to these benefits. Lithium-ion batteries also get used to operating electrical equipment in some aircraft components, such as the new and more ecologically friendly Boeing 787, where weight is a significant cost consideration.

Most of the promise of Li-ion technology in renewable energy derives from its prospective uses in battery-powered automobiles. The Nissan Leaf and the Model S, the most popular electric carriers as both these models apply Li-ion cells as their primary fuel source.

How are lithium ion battery made?

There is not a single lithium-ion cell on the market. With the various raw material and electrochemical couples accessible, battery cells can be tailored to specific applications in the form of voltage, state of charge, lifetime requirements, and security. The concept of power and energy proportions and energy availability gets supported by choosing distinct electro catalytic pairs.

Integration in a large size cell necessitates the use of anode material and effective roll-to-roll electrode manufacturing. Electrodes get laid over a metallic current collector foil in a composite structure that includes active material, adhesives, and conductive additives and requires careful interfacial hybridization, adhesion, and crystallization management.

However, the energy density gets reduced due to the addition of inactive components and cell encapsulation. In addition to this, the permeability and compactness of the electrode may reduce battery performance. Cost is a key hurdle to the widespread application of new technology, in addition to the materials issues.

You can also read: Lithium-ion Battery Manufacturers in India

Apart from this, the presence of lithium cobalt oxide (LiCoO2) permits the separation of lithium ions and the generation of tremendous numbers of gaps (without a structural change) up to the elimination of half of the preexisting ions that makes the lithium-ion battery widely available.

Lithium ions can get interlinked between graphene layers that fill the void space between each hexagonal ring of carbon molecules when LiCoO2 and graphite are combined. Lithium ions flow from the positive electrode (the cathode) to the negatively charged electrode (the anode) through a solid and liquid medium during charging and in the reverse direction during discharging.

At each pole, the lithium-ion either preserves its charge and conjugates into the crystalline structure on the anode side, occupying covalent bonds in existing crystals, or reclaims an unoccupied site in the cathode developing when the lithium-ion left that cell. The host matrix is reduced or oxidized during the transfer of ions, releasing or capturing an electron.

Porous electrode layers on aluminum and copper current collector foils make up lithium-ion batteries. To guarantee battery safety and avoid the risk of anode overloads or cathode over discharges which can cause a collapse of the crystal structure and a depletion of vacancies for lithium to intercalate, and reducing the cap capacity, the capacity of each electrode pair must get balanced.

Also, idle materials in lithium batteries reduce to increase cell-level power density and increase the weight of the electrodes.

According to prevailing trends, lithium-ion batteries will completely dominate the automobile industry shortly, making them a valuable resource in the fight against carbon emissions.

At Waaree, we use cutting-edge technology and provide customized lithium-ion battery solutions based on your needs. To learn more about our products, you can give us a call at +917069022124 or email us at crm@wess.co.in.