What is an Aloe Vera Battery? 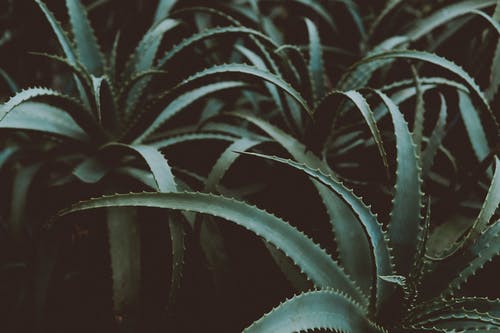 Have you ever heard the term Aloe Vera Battery? Have you considered using aloe vera to make things such as batteries? Nobody, for sure, has ever considered it. It appears to be an innovative idea. Aloe vera gel is manufactured from the leaflets of the aloe vera plant. For thousands of years, it has been used to repair and soften the skin, or as a conventional cure for several diseases, particularly diarrhea and skin problems.

However, we now have a new environmentally friendly product, the Aloe Vera Battery, which is considerably superior to products that hurt the environment due to a few creative minds. If you are looking forward to buying any solar energy products or hiring an agency to provide you with related services,  continue reading this article.

What is an Aloe Vera Battery?

Aloe vera battery isn’t just an item; it’s a necessity in today’s world. It’s an ecologically safe way to satisfy your gadgets’ thirst. Through aloe vera batteries, herbal electrolyte has taken the place of the battery’s harmful and hazardous ingredients.

How can batteries be made using aloe vera?

Yes!! The calming aloe vera, an organic cleanser and herbal cure for sickness, can also produce electricity and charge batteries. A Lucknow girl and a Rajasthan teen have created a ‘green e-cell’ that is both eco-friendly and non-hazardous by replacing dangerous metals like lead and mercury in a dry cell with aloe vera extracts and other natural goods.

The innovation has received recognition and will be among the top eight start-ups from around the world at the Innovation Summit in Barcelona, which begins on Tuesday. Nimisha Varma of Lucknow and Naveen Suman of Bundi, both engineering graduates, combined aloe extracts with a few botanical elements found in beauty items and pharmaceuticals to create a battery electrolyte.

How did the aloe vera battery come into existence?

You’re probably wondering how the concept came to them. The two teenagers stated that they intended to do something about garbage management. During their research, they discovered that commonplace batteries are dangerous. They are one of the most common causes of illness. They developed aloe batteries as a green energy alternative at that time. The US embassy had previously chosen the green proposal for incubation.

Aloe batteries, according to Nimisha, are non-explosive and can be used in clocks, toys, and remote controls. Low-drain, medium-drain, and high-drain devices can all be powered by these batteries. Although the technology has yet to be patented, the average cost of these batteries is expected to be around Rs 9-10.

Benefits of the aloe vera battery

Electricity is an inventive creation in and of itself, but the exploitation of natural resources to produce electricity and other power-generating goods has increased pollution severity over the years. The usage of hazardous materials in the manufacturing process of batteries and e-cells has turned the environment into a dangerous radiation zone.

As science has begun to address this issue, it has also provided a response. One of India’s start-up companies has devised a method of producing aloe vera-based e-cells.

This startup was named one of the winners in the energy category of the start-up India competition 2020. Nimisha Varma and Naveen Suman own the company, which is a private enterprise. The firm was founded in 2019 and is registered with the registrar of companies in Kanpur.

So, according to the firm, the main motivation for developing aloe e-cells was to not only save the environment but also to give jobs to many farmers. In addition, e-cells would cost 10% less to manufacture and last 50% longer than traditional batteries.

One might wonder how aloe vera can be used to create power. The company’s directors have set out to create aloe vera-based e-cell batteries. They discovered a way to turn the aloe vera plant’s chemical energy into electrical energy:

So that’s all for the new and unique start-up idea that’s been gaining traction in the business world in recent weeks. We also need to wait until the completed product is available on the market so that public feedback may be gathered. Because there is a current trend toward living a much healthier lifestyle, this product has a good possibility of reaching new heights in the market.

There are many other ideas, and our country is full of young, imaginative brains who need to be discovered and given the opportunity to develop their own original ideas.

Think and keep trying; the ideas may seem strange to some, but that does not imply they are not worthwhile. Startups are a fantastic method to not only realize your dreams but also to help thousands of more families. Risk is present, but it is necessary to take it to work on what one desires.

Waaree has excellent products and will assist you with all of your solar panel requirements. The Waaree Energies was created in 1989 and is located in Mumbai, India. Waaree Energies Ltd. is the hallmark brand of the Waaree Group. Its factories in Surat and Umbergaon, Gujarat, have a production capacity of 2 GW, making it India’s largest solar PV module manufacturer.

Waaree Energies is India’s premier EPC, program management, rooftop solutions, solar water pumps, and independent power Generation Company. Waaree may be found in over 350 locations across the United States and 68 countries around the world.

We are not into Aloe Vera batteries please correct the communication here.

Correct this we are not providing any Aloe Vera Batteries.